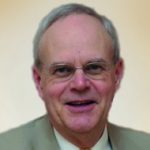 Having trained as a hospital manager and worked at a London teaching hospital for eight years, Richard made a major career change in 1984 and began teaching Transcendental Meditation in central London, founding with others, the Victoria TM Centre.

In 1990, he moved to the headquarters of Maharishi Foundation UK at Mentmore Towers, Buckinghamshire and acted as assistant to the directors of the charity, then becoming the National Director for England in 2007.

He has been an executive director of Maharishi AyurVeda Products since 1998, and led the team which planned, designed and then built a landmark development of 57 houses and apartments in Rendlesham, Suffolk. This is a specialist estate built according to the ancient principles of Maharishi Vastu and incorporating many ecological features.