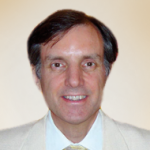 Since its inception in 1987, Dr Warburton has been involved in Maharishi’s global campaign to create a disease-free society through the restoration and application of authentic and complete AyurVeda.